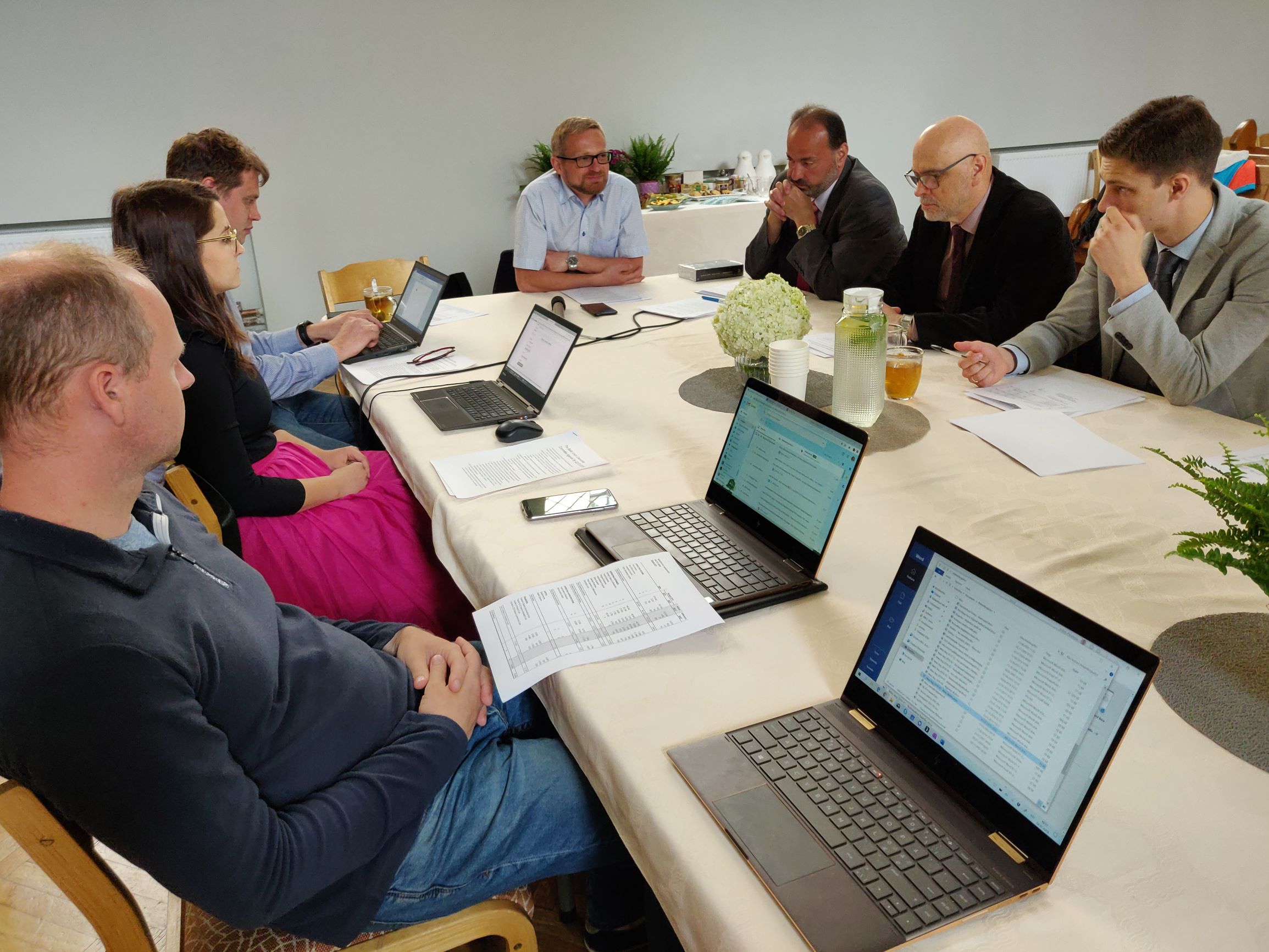 On July 2, in Riga, Latvia, new Executive Committee (ExCom) of Baltic Union of Seventh-day Adventists (BAUC) held its first regular meeting. 18 Committee members, 2 invitees and Trans-European Division (TED) President Raafat Kamal discussed a number of issues and made decisions. The following is an overview of the main decisions:

The following workloads were accepted for BAUC Officers: Ivo Käsk (President) – 100% (with permission to fulfil duties in Estonian Conference as will be agreed), Daumands Sokolovskis (Executive Secretary) – 50%, Jaanus-Janari Kogerman (Treasurer) – 50%.

Compensation Review Committee (CRC) is one of the subcommittees of ExCom. The task of the CRC is to ensure that the compensation practices of the organisation are in compliance with policies and good practice and to report of its work to the ExCom.

In addition it was decided to authorise the CRC to set individual salary percentages for the BAUC employees according to the effective BAUC wage scale and to discuss and recommend to the ExCom the remuneration principles and salary rates of BAUC employees (currently five).

It was suggested and accepted unanimously to bring together local Conference departmental Directors and BAUC leaders in order to discuss the needs and the best solution for the way forward with the work of BAUC departments. It is expected that the proposal will be ready by the BAUC Year-end Meeting in December 2019.

ExCom members Inga Šļakota and Valdis Zelčs presented the Mission School project, which is already supported by the Latvian Conference ExCom and now support is asked from BAUC and TED.

ExCom authorized the AdCom to negotiate with the Latvian Conference over the learning curriculum of the project with emphasis on Biblical studies. And also, to seek counsel from TED education department and funding from the TED Mission Board and to release funding from the BAUC mission funds.

One-off appropriation from the BAUC reserves to the local Conferences

Work is done towards reviewing the percentage of tithe that the Conferences are forwarding for the operation of BAUC. Currently BAUC receives 15% of the tithe collected in Conferences for its work. This time the ExCom decided to make an one-off appropriation from unallocated tithe fund for general budget to the local Conferences in total of 32,000 euros, shared between three Conferences based on how much tithe during 2018 were received from each Conference.

It was decided to sell the Union-owned cars Audi A6 and Toyota Avensis. The permission was given to the AdCom to decide selling price and sell the cars.