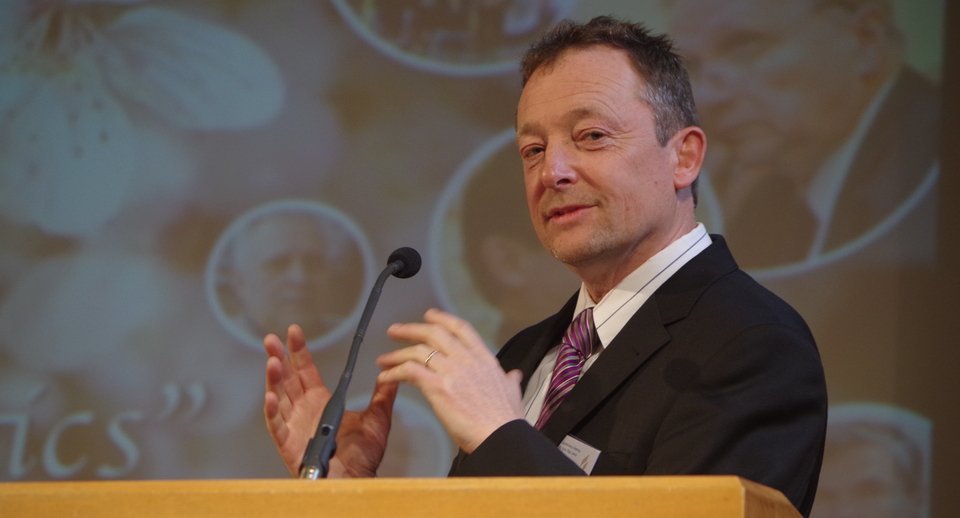 May 1–3, Rīga, Latvia. On May 1 Baltic Union Conference of the Seventh-day Adventist Church had its quinquennial constituency meeting.

Addressing constituency meeting delegates, TED President Bertil Wiklander emphasized the need for humility in such a meeting. Wiklander’s keynote address was based on Paul’s letter to the Philippians: “Make my joy complete: be of the same mind, having the same love, being in full accord and of one mind. Do nothing from selfish ambition or conceit, but in humility regard others as better than yourselves. Let each of you look not to your own interests, but to the interests of others.” (Phl 2:2-4). President Wiklander reminded delegates that the constituency meeting “is not a political but a spiritual meeting”.

BAUC Secretary Andrejs Āriņš reported that from the second quarter of 2009 until the first quarter of 2014 union membership has declined by 20 members (now 6,459 members). During these years, 697 people have been baptised and 61 members have joined the church by the confession of faith. 94 members were released by letters, (joined other Adventist churches abroad). Before the lunch constituency listened and approved BAUC treasurer’s Zigurds Laudurgs financial report.

In the Thursday afternoon constituency elected members of various committees, including the nominating committee, which was given the task to select new union president, department leaders and Executive committee members. While nominating committee was at work Sabbath School and Personal Service Department presented a report which highlighted the need to use both the old and well-known, as well as new and modern techniques in order to bring the message of hope to the people of the Bible. Ruta Zilgalve presented a report about children and women ministries.

On the second day of the constituency meeting new Baltic Union Conference leadership was elected: BAUC president for the next five years will be pastor David Nõmmik (Estonia), secretary will be pastor Guntis Bukalders (Latvia) and treasurer will be Zigurds Laudurgs (Latvia).

Pastor David Nõmmik thanked delegates for their support and read passage from the letter to the Corinthians that “We have … the light of the knowledge of the glory of God in the face of Jesus Christ” and that this “treasure” we have in jars of clay to show that the surpassing power belongs to God and not to us”. He invited delegates to experience the power of the Holy Spirit in us and His miraculously work through us. The real transformation and revival comes only through Jesus Christ who wants to live in us. In the end David pointed out to the experience of the prophet Jeremiah who was encouraged by God not to be afraid of those who will fight against him — “I am with you declares the Lord, to deliver you”.

At the Friday evening worship service BAUC secretary Guntis Bukalders looked back at the union’s 90-year long history. First Adventist congregation was established in Riga in 1896. Baltic Union Conference was founded in 1924, at that time it united churches in Latvian Conference, Estonian Conference and Lithuanian Mission Field. Baltic Union Conference existed until 1936 when it was liquidated due to the pressure from the state church, but despite these difficulties the church membership continued to grow. In 1937 there were 60 churches, 15 ministers, church membership reached 3,190. After the World War II church experienced great difficulties. In 1989 Perestroika opened possibilities to unite Adventists in the Baltics again. In 1994 Baltic Union Conference was re-established and Valdis Zilgalvis was elected as its president. He served as a president for 25 years. BAUC secretary asked Valdis Zilgalvis on the stage and Valdis continued story about the BAUC history after its re-establishment, how it was re-united with the Trans–European Division. Valdis invited all of the former church leaders to come up on the stage. As the previous Estonian Conference president Tõnu Jugar couldn’t come, David Nõmmik asked Kaarin Lukk up to the stage, because her father, currently pastor–emeritus Tõnu Jugar was one who contributed a lot to re-establish Baltic Union. All delegates applauded to Urve Macčs, who for many years was union’s bookkeeper.

In her sermon TED secretary Audrey E. Andersson urged listeners to look up to Jesus, the author and perfecter of our faith. “This year we are celebrating the 90th anniversary of the Baltic Union Conference. Each union has its pioneers, whom we shouldn’t forget,” said Andersson. “We say that so far the Lord has led us, and our victories are not our own. These are only possible because of Jesus’ sacrifice,” she added. Audray reminded that we are on our way home, and Jesus goes in the world today in our towns and villages, where the harvest is plentiful. “He calls each of us to be compassionate, and look at the people around us, to save them for His kingdom. What God has done for us, let us do our other!” Andersson concluded, pointing listeners to the Christian mentality.

On Saturday was a divine service. Former BAUC president Valdis Zilgalvis, who led the Baltic Union for 25 years since its restoration back in 1989, thanked all of his team for their work and support. He asked all former conference leaders on the stage to share a few memories of the past and how Baltic Union returned to its historic home at the Trans–European Division. In conclusion Valdis Zilgalvis thanked his family, the church and God: “God gives us the task to do and strength to do it, everything comes from God and I wish that He may bless you.”

Newly elected BAUC President David Nõmmik addressed meeting delegates to have clear understanding of where we go and how can we achieve our plans that we have approved in the session. We all have one goal and this should unite us in readiness to meet our Saviour Jesus Christ.

First meeting of the newly elected Executive Committee meeting will be held in 1st of June, when several Union departmental leaders will be chosen. Constituency was chaired by the TED Secretary Audrey J. Andersson