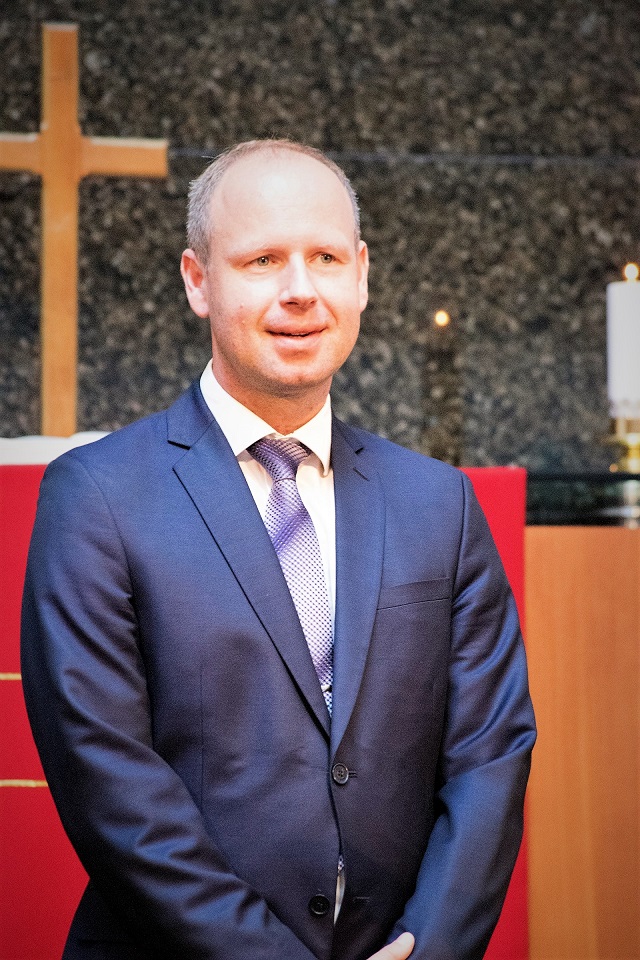 The motto of the three-day session was “It is possible!” The same motto will be the title for the next four years in the Conference.

The session started with the business meeting on Friday, June 14, chaired by the Baltic Union president Ivo Käsk, acting last days also as the president of Estonian Conference. On the first day of business, the delegates discussed changes to the Constitution and Bylaws and made a number of amendments. Most of the changes reflected the amendments been made to the model constitution of Conferences and making the text clearer. The biggest change voted in was increasing the time between Constituency Meetings from three to four years.

The main speaker for the weekend was Clifford Goldstein, the editor of Sabbath School study guides in General Conference of the denomination and a Seventh-day Adventist author from the United States. On Friday evening Clifford shared his conversion story of how God had found him and he had found God.

On Saturday/Sabbath the Conference-wide day of fellowship was held in Tallinn Methodist church. During the morning worship, two of the Estonian Conference pastors were ordained into the Gospel Ministry, Olavi Laur and Andres Ploompuu. Olavi has been in ministry since 1995, including 10 years as a prison chaplain and 11 years as a pastor and district pastor. Andres has served the Church altogether for more than 10 years as a local church and district pastor and Conference departmental leader.

Former President of the Baltic Union, David Nõmmik has returned to the Estonian Conference and was elected to serve as the Executive Committee member of the Conference.

Parallel to the Sunday business meeting the Bible Conference on Sabbath was held under the title “Sabbath was made for man”. The speakers of the Conference included Clifford Goldstein, dr Meego Remmel, a Baptist minister and vice president of the Estonian council of churches, Mervi Kalmus, Andres Ploompuu, Krõõt Lõbus, and Ivo Käsk.